Home > About Massey > News > 50 years of Massey at Fieldays

50 years of Massey at Fieldays 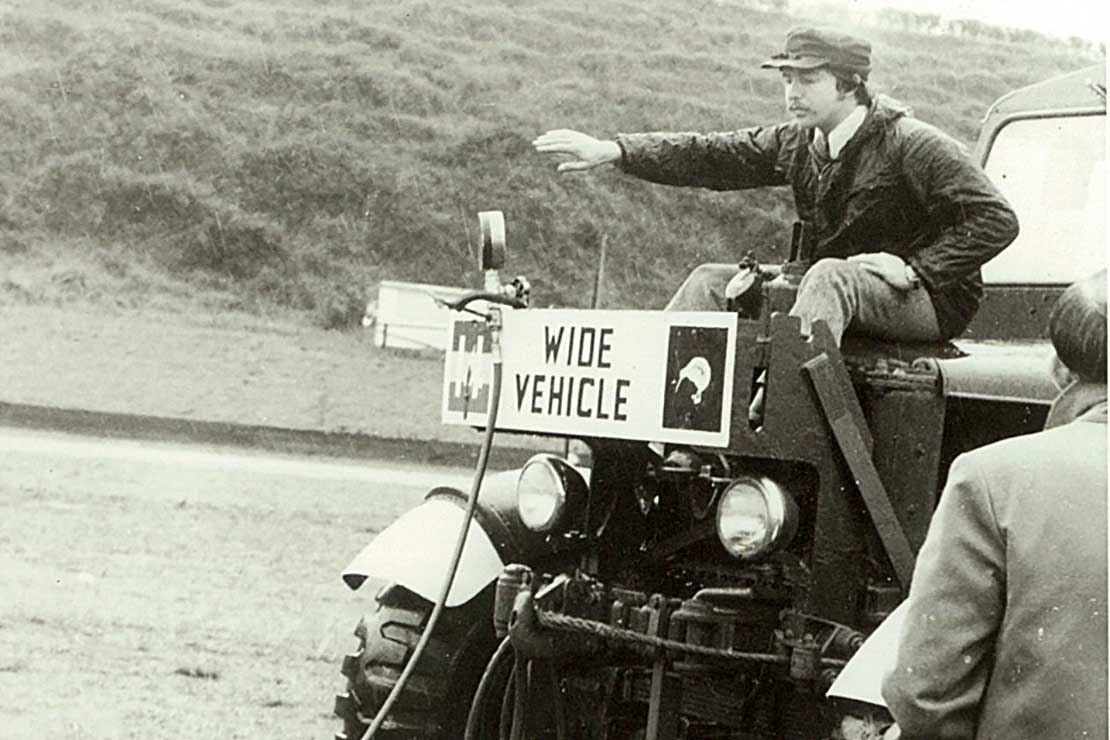 Massey staff were involved in the National Fieldays from its early days, but did not have a site at the iconic event until 1973, four years after it started, when a young Ralph Sims loaded up a Bedford truck and hit the road.

Now a professor of energy research, Professor Sims has made a name for himself on issues such as carbon neutrality, but back then he was just a Massey staff member with a truck full of farm machinery teaching equipment.

Professor Sims says as the “new boy” two years into the job, he was tasked with organising and manning the Massey site.

“Dr John Baker from Massey was involved in judging Fieldays awards in the early days and from that, and encouraged by Watty (Professor Bramwell Watkin), there arose the idea to promote the Bachelor of Agricultural Science, Bachelor of Horticultural Science and diploma courses we were then teaching,” Professor Sims says.

From then on, he would be a regular at Fieldays for the following decades and would make his largest contribution starting in 1975 by establishing the iconic tractor-pulling competition.

“We established it as a way to educate drivers about good driving practices to save fuel,” says Professor Sims. “Initially, competing tractors pulled against an army vehicle that slowly applied its brakes and I would sit on the bonnet (health and safety was a lot more relaxed back then), and measure the maximum pull on a gauge, then divide it by the tractor weight.” 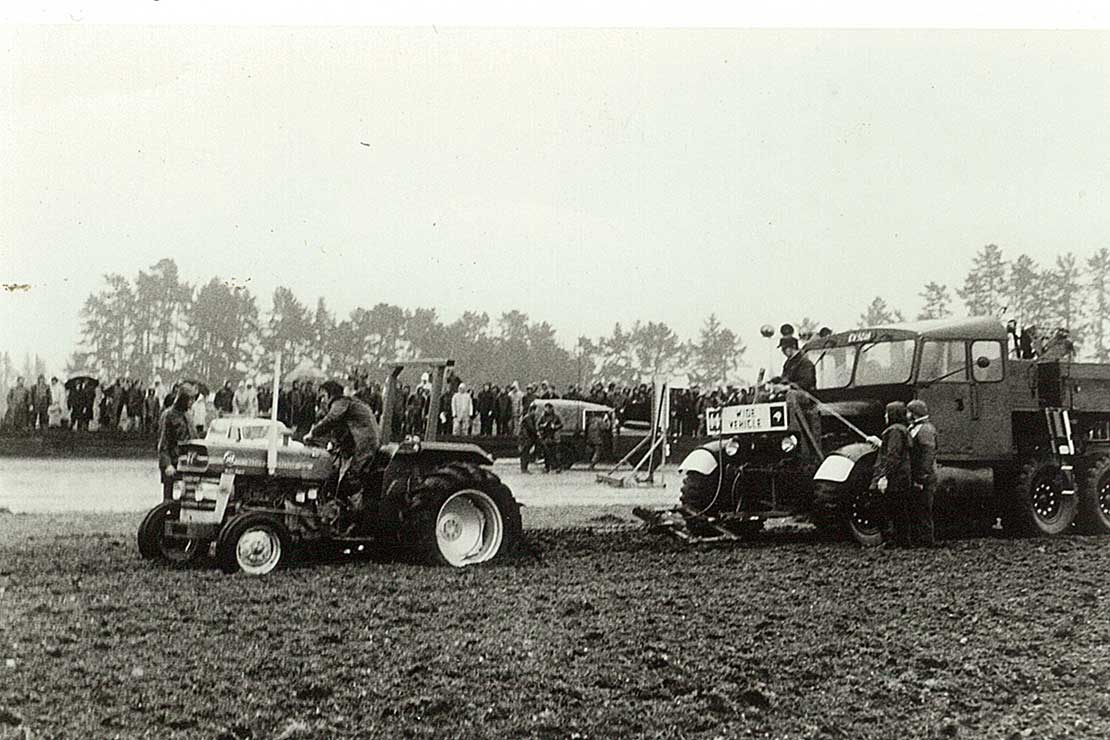 Not exactly a spectator attraction, so after a few years it evolved into a more exciting event where three tractors at a time raced over a 100 metre course pulling weighted sledges in a knock-out competition over three days with around 40 entries – some having won their regional event.

“The sledges were calibrated then weighted according to the power of the tractor entry as measured on the course at the pto (power-take-off) by a dynamometer. The sledge design ideas were initially tested on Foxton Beach by fourth-year agriculture machinery students under John Baker and a tractor performance specialist from Wye College, Malcolm Wilkes.”

Professor Sims continued to run the competition for the next 25 years. He also carried out television commentaries with John Gordon on the Dog Show, which was produced by Frank Torley from Country Calendar fame.

“They were three-hour live commentaries, which was fun, but stressful at times when we were left with only one camera functioning and showing just a water blaster to talk about for 10 minutes!” Professor Sims says Fieldays has evolved since its first few years in the Mystery Creek mud. It is now on a permanent site and continues to educate farmers, encourage business deals, and provide a social annual highlight for the thousands of farmers and their families who attend every year.

He says the “Future of Farming” theme this year is very topical. Professor Sims has recently produced several international reports arguing that the current “take-make-waste” global food supply system is unsustainable and will have to change. “The Fieldays theme will encourage people to ponder on New Zealand’s agriculture sector and its future given that many innovative changes are already underway in many countries”.

Professor Sims will not be able to make the 50th year, as he will be in Seoul for the OECD meeting on The Future of Food and the Circular Economy.

Massey transforms courses to additional digital offerings under Digital Plus