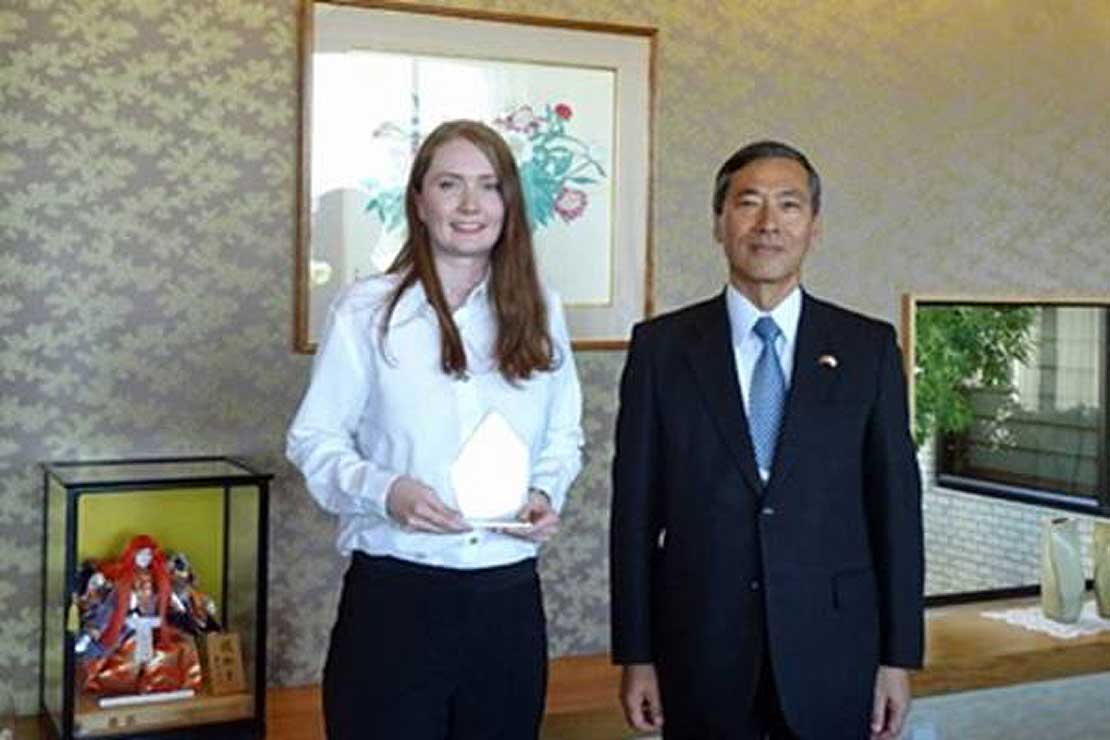 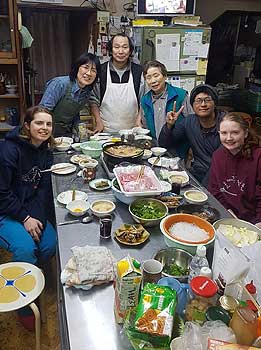 Learning another language not only teaches you how to communicate with people of another culture but makes you more tolerant and understanding of cultural differences generally, says Asian languages student Chelsea Higgins.

The 23-year-old Bachelor of Arts (BA) student was recently recognised by the Japanese Ambassador for gaining top level 300 marks in Japanese language at Massey University.

She also received an Outstanding Achievers Award by the College of Humanities and Social Sciences this month – one of 47 BA students to receive the award for their high grade-point average.

Chelsea is majoring in Japanese and Chinese, studying by distance from her hometown of Christchurch – a feat she admits requires a lot of self-discipline. As a keen snowboarder, it also allows her a degree of freedom to enjoy her sport.

Having studied Japanese at high school, her choice to study it at tertiary level made sense – especially after a gap year living in Japan and working in hospitality at a restaurant in Okinawa and then at Nagano ski resort, where she got to practice and vastly improve her conversation skills.

Talking with her bosses and co-workers helped her make progress with everyday conversation and the transition from English to Japanese. “I definitely improved after a year!”

She did further travel in Japan before returning home to start her degree, adding Chinese along the way. “I’ve grown to like it as a language on its own. And if anything, Japanese has helped me with learning Chinese.”

Part of the pleasure and challenge of these languages for Chelsea is writing in characters. “It’s very satisfying,” she says. “The characters are like pictures – I get a sense of other elements and meanings that come through, not just the word itself. “

She believes a degree in languages will give her a range of job options – “I don’t feel pigeon-holed into a particular job.”

And whatever work she ultimately chooses, she feels a degree majoring in languages has given her numerous skills and personal strengths that will stand her in good stead for life and any job. These include the capacity to be more understanding and tolerant of other cultures surrounding her in New Zealand; “in a way that perhaps I wouldn’t have been if I hadn’t learned another language.”

Last November she went on a six-week study trip to China through a Prime Minister’s Scholarship to Asia. This year, she is completing her degree and weighing up options for work or to continue studying languages, possibly through JET (Japanese Exchange and Teaching Programme).

Massey offers Japanese, Chinese, French and Spanish through the languages programme in the School of Humanities.