Home > About Massey > News > No stress for Rena penguins

No stress for Rena penguins New research suggests that oiled penguins rehabilitated during the Rena disaster showed no long-term signs of stress from the intense human handling that was needed to get them cleaned and back into the wild.

The Rena grounding off the coast of Tauranga is New Zealand's worst environmental maritime disaster and saw responders from across the country assemble in the region to help. For wildlife, this meant extensive human interaction to clean off oil and the treatment of any other associated health issues.

Lead author, Wildbase oil response senior lecturer Dr Louise Chilvers says,“we found that the penguins can be rehabilitated and returned to the wild with similar human tolerance levels to non-rehabilitated birds and an absence of habituation. From this and previous research we have shown that these penguins can be returned to the wild after rehabilitation with no negative effects of oil-contamination on post-release survival, productivity and diving behaviour, and no long-term impact on physiological stress responses in relation to human interactions.

“Ultimately, it supports the value of oiled wildlife response and shows that wildlife can be rehabilitated and returned to the wild with the same tolerance to humans and other natural stressors as non-rehabilitated birds,” Dr Chilvers says. 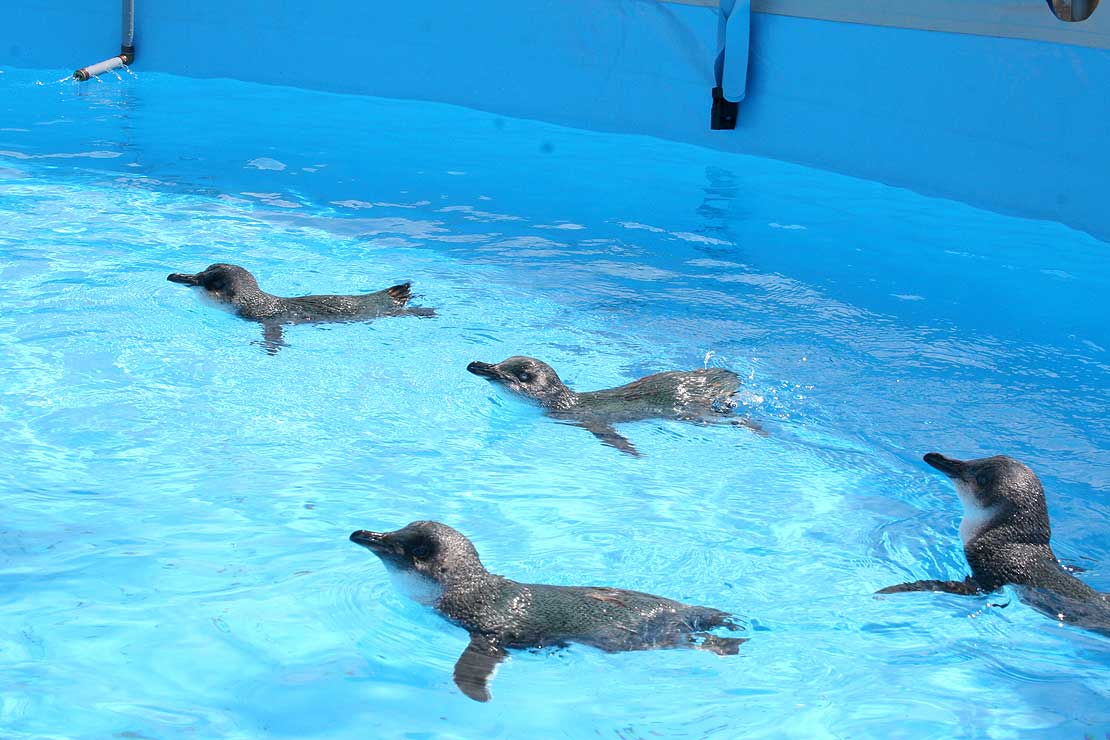 The study was the first of its kind to look at the long-term stress responses of wildlife to the oil rehabilitation process and was focused on little penguins (Eudyptula minor). It investigated the release of hormones involved in regulation of energy and stress response of the penguins, and measured these against control birds who had not been oiled or rehabilitated, to determine if responses of rehabilitated birds differed.

“Understanding a wild animal’s stress response to stresses in their environment is important because it can impact on their growth and survival if stress responses are not in balance. For example, for little penguins, a stress response to a predator would be fight or flight, potentially saving its life.

“However, if a penguin spent a high amount of their time in fight or flight mode [heightened stress], energy that should be used for growth or reproduction is being used to response to perceived stress,” Dr Chilvers says.

“The necessity of oiled wildlife response operations is surprisingly still widely debated. Advocates support rehabilitation on the grounds of animal welfare and as a conservation tool that contributes to the post-spill recovery of oil-affected populations and environment. However arguments for or against oiled wildlife rehabilitation are based on very few post-release monitoring studies.

“To understand and ensure our rehabilitation processes have no long-term negative effects on wildlife, more post release monitoring research is needed, but this is certainly a promising start,” Dr Chilvers says.

The full paper ‘Corticosterone stress hormone responses in oil rehabilitated and non-rehabilitated little penguins’ was published in the Marine Pollution Bulletin and can be read here.

Greenshell mussels beneficial in the fight against osteoarthritis